18 Wheels of Steel: Haulin’ developed by SCS Software, is a Single-player and Driving Simulation. The game enables the player to steer the whole operation from selection of lots of trucks to the hiring of different skillful drivers in his fleet. The player can make too many wrongs turns and attempts to avoid multiple hazards along his way. The game requires the player to take several risks at different stages and cash in or upgrade his rig. The player has to work hard to complete various objectives to get victory. The game permits the player to get Haulin which asphalt through almost forty cities coast to coast across the Canada and U.S. If the player runs without any load so it can cost money. The player must select from fifteen Rigs, Automobiles, Livestock, Milk, and Timber Hazardous Waste which he can utilize for multiple purposes. The game lets the player haul his heavy loads all across the vast land ranging from the Big Apple to the Golden Gate. 18 Wheels of Steel: Haulin’ gives significant features such as Atmospheric, Exploration, Adventure, Masterpieces, Tactics, Open World, and more. 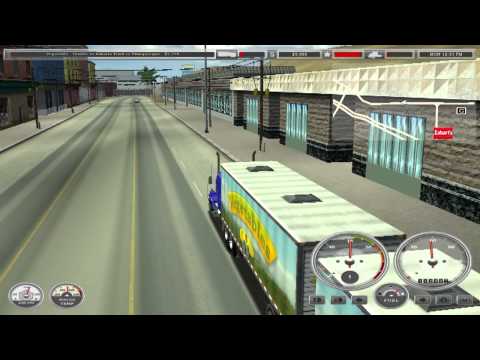