Afterfall: InSanity is a Single-player and Third-person Perspective video game published by Nicolas Entertainment Group. The game revolves around the World War Second when German Fuhrer Adolf Hitler manages to create his WunderWaffe. The U.S. along with the Soviet Union develops his nuclear weapons. New Poland becomes a buffer zone with U.S. military bases in the aftermath of the treaties between U.S., Soviet Union and Germany which spread around its territory. The U.S. heavily invests in the development of Socialist Republic of Eastern Poland which is under the influence of Soviet Union. The game lets the player explore the entire world and finds out numerous objects. The player needs to roam surrounding environment and find out keycard to unlock doors. The game requires the player to utilize multiple weapons and equipment to fight off different enemies to defeat them. The player can get numerous items and objects from defeated enemies. The game provides several expansive levels, tunnels, deep mines, large towns, and various bunkers and allows the player to perform different actions. The player has to complete different missions to gain reward in the form of points, key cards, etc. Afterfall: InSanity offers lots of features such as Survival, Horror, Shhoting, Open World, Action, Adventure, and more. 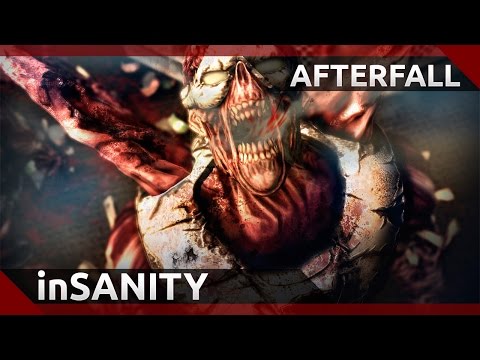