Age of Empires II – The Conquerors Expansion is a Real-Time-Strategy, Single-player, and Multiplayer video game by Microsoft. The game proposes some unique maps based on several real-life geographic locations, including and new winter and tropical terrain textures. Lots of ships are available to the player who can form formations for active fighting. The player encounters multiple civilizations such as the Koreans, Spanish, Mayans, Huns, and Aztecs. The game offers some new units and even the in-game upgrade lines which are accessible to the player to provide him more unit choices. Some civilizations, including Mayans and Aztecs cannot train different cavalry and gunpowder units. Other civilizations are unique but do not build houses to support large number of population. The player needs to build various resource gathering sites and improve multiple wall construction. The game obliges the player to assign multiple farmer characters on one farm and order to start cultivating adjacent farms. Different Chat commands are also available to the player to allow him to communicate more effectively with multiple allied computer-controlled players. Age of Empires II – The Conquerors Expansion involves various features such as Cartoony Graphics, Masterpieces, Indie, Action, Tactics, Brilliant Soundtrack, and more. 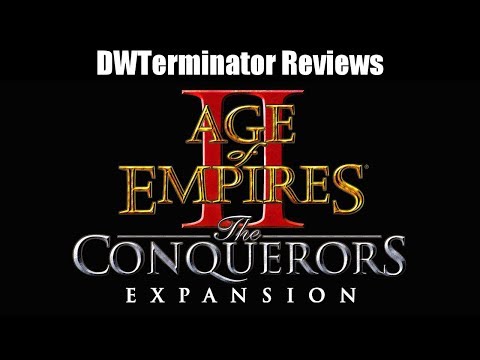