Airport Simulator 2015 Developed by LinkSolutions Ltd, is a Single-player and Management Simulation. The game lets the player perform numerous tasks in the field of aircraft handling at the major international airport. The player takes control of de-icing vehicles and high-powered aircraft tractors. The game provides a total of fourteen different vehicles, five popular aircraft types and a vast range of several tasks on the taxiway and apron. The player experiences different kinds of weathers, rain, shine, day, and night cycle. He needs to be careful in performing all tasks because the slightest delay in flight operations can cost him cold and hard cash. The game requires the player to make sure that planes get refueled and boarded. The player has to prepare various passenger jet bridge or stair truck and guide the ground power units to their required position. The game proposes an open-world airport grounds with numerous landing strips and runways, access to the tower, lots of vehicle hangar. Airport Simulator 2015 comprises of significant features such as Atmospheric, Exploration, Brilliant Graphics, Science Fiction, Masterpieces, Great Soundtrack, and more. 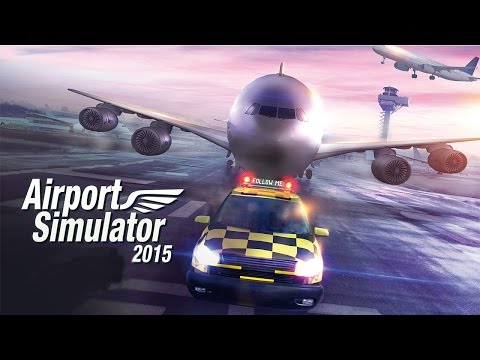