Alone in the Dark: Illumination is a Third-person Perspective, Single-player and Multiplayer video game brought to you by Atari. The game set within the town of Norwich situated near Virginia’s southern border. Those prosperous days of such industrial city with a bustling business come to an end after a flood which devastates the mining facility and leaves behind nothing but destruction. The real cause of such accident is still a mystery, and nobody can step a foot in the town due to fear of what lies inside the city. The game lets up-to-four player work together with each other and solve a mystery in the city in an action-horror setting. The player not only utilizes various magical abilities but can also wield different firearms. The game enables the player to make his way through lots of levels with randomly generated elements, including locked doors and enemy locations. In the end, the player is also capable of using different room layouts to make his way to a safety vault. Throughout his journey, the player needs to fight against numerous kinds of enemies by creating light-sources and making use of firepower to conquer them. Alone in the Dark: Illumination involves lots of features such as Shooting, Open World, Atmospheric, Action, Adventure, Exploration, and more. 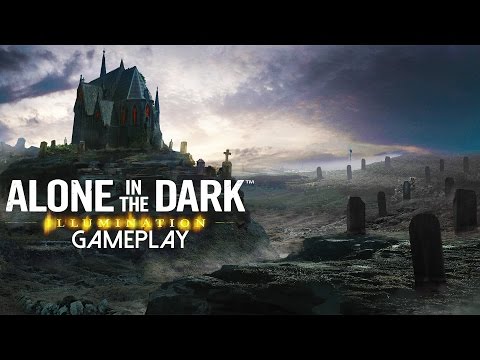