Assassin’s Creed: Revelations Published by Ubisoft, is an Action, Adventure, Single-Player, and Multiplayer video game. The game revolves around the Ezio who travels towards the Cappadocia, an Istanbul in 1511 AD. The Ezio meets with the old Assassins in the Istanbul containing four districts populated by Templars and Masyaf. Ezio discovers a powerful weapon, and an Altair sealed within the fortress an ancient artifact which can end the Templar Assassin war forever. The game introduces a hook blade which the player can use to grab different enemies to yank them in for the combo attack or even zip line across the city. The player tackles the role of Ezio who contains approximately fifteen bomb variations at the disposal along with the hook blade. The game involves a Desmond’s Journey and permits the player to unlock each sequence of it by gathering a specific amount of Data Fragments or by buying the Lost Archive DLC. The player gradually moves up in the Abstergo Templar rank as the levels up in the multiplayer mode. Assassin’s Creed: Revelations gives prominent features such as Stealth, Fictional History, Third-Person Perspective, Open World, Free Roaming, Atmospheric, Great Soundtrack, and more. 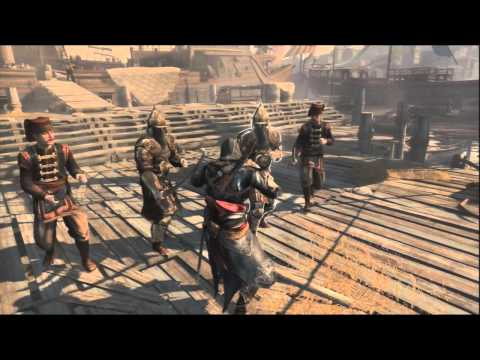