Assassin’s Creed Unity is an Action, Adventure, Single-player and Multiplayer video game Published by the Ubisoft Montreal. The game proposes different weapons and the Phantom Blade which utilizes the mechanics of a crossbow to let the player fire a silent projectile at a great distance. The player takes control of an Arno and gathers his own set of equipment, weapons, and armor. He can customize the character’s abilities by adopting a skill tree which tree enables him to earn various points and improve his skills in stealth, ranged combat, melee, and health. The game offers a significant number of assassination targets, chests, and other collectibles which are accessible to those players who have completed individual goals. The game provides a broader collection of weapons such as axes, swords, rifles, spears, pistols and some throwable items, including a smoke bomb. The player can enter taverns that act as social hubs which allow him to search any friend who is currently on a mission and make a request to join the mission. The game lets up to four players to join together in that fashion. Assassin’s Creed Unity gives significant features such as Stealth, Third-person Perspective, Open World, Roaming, Excellent Graphics, Historical, Atmospheric, Tactics, and more. 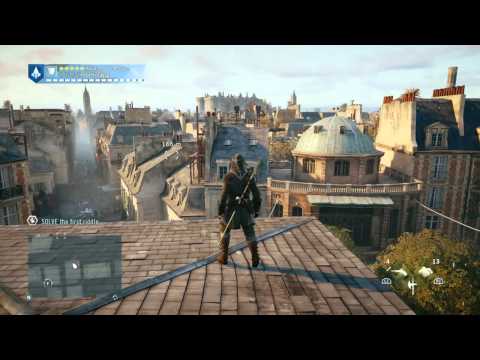