Attack on Titan – Wings of Freedom is a Hack-and-Slash, Single-player and Multiplayer video game Published by Koei Tecmo. The game depicts some moments of the Attack on the Titan manga during a period of 845, when the Eren, a ten years old Colossal Titan appears. The Eren is large enough to breach a Wall easily and allows other Titans to rampage through the city. When the Eren loses his entire family, home and his dreams, he swore to take revenge on the Titans. The Eren becomes a part of 104th Cadet Corps which is a member of the Scout Regiment. The game lets the player survive to build three stalwart walls such as Rose, Maria, and Sina to repel various Titans and secure several territories for human safety. The player can communicate with others to convey multiple messages. The game allows the player to attack different enemies and get the point. The player can utilize several items and weapons, including a sword to eliminate enemies. Attack on Titan – Wings of Freedom includes significant features such as Action, Adventure, Beat ‘em up, Atmospheric, Masterpieces, Cartoony Graphics, and more. 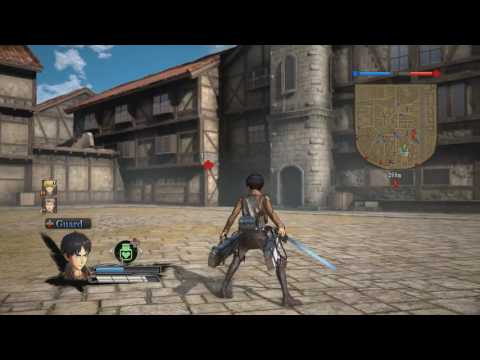