Bayonetta is an Action, Hack-and-Slash, Beat ‘em up, and Single-player video game Developed by Platinum Games. The game sets in a fictional city of Europe, in a Vigrid and introduces a character named as Hellena Taylor who uses numerous magical attacks, along with firearms. To dispatch her foes, she performs different actions with her hair by summoning demons. Hellena awakens after a 500-year sleep and attempts to find herself in an unfamiliar area with no clear memories of who or even what she is. The game allows the player to perform various actions such as perform evasive backflips, do the double jump for extra height, and destroy background doors or even different objects. The unlockable transformations let the player make Bayonetta and become a panther or even one of the numerous other living creatures to extend her abilities. The game allows the player to find several component items and combine them into new things. The player can use halos dropped by destroyed enemies and objects to purchase different items, weapon upgrades, and techniques. He is capable of utilizing enemy weapons, either as props for movement or direct attack. Bayonetta gives some prominent features such as Third-person Perspective, Fantasy, Anime, Atmospheric, Adventure, Fast-paced, and more. 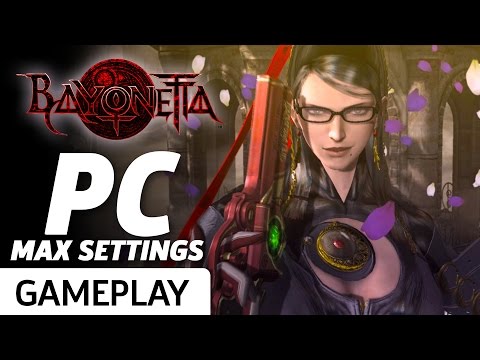