Bound by Flame is a Single-player and RPG video game Developed by Spiders. The game sets in the fictional land of Vertiel during a war between Red Scribes and the Elves against an Ice Lords, an assembly of immortal necromancers and Frozen Shadows, their entire undead empire. The Freeborn Blades does employment under the Red Scribes in an attempt to hold back a whole army of Deadwalkers. The game permits the player to create or select one character and customize it by using lots of factors. The player is capable of choosing the skin and gender from his hero. The game introduces multiple quests around the primary adventure and requires the player to complete them. Different chapters offer distinct experiences and scenarios to the player depending on the influence of the demon and the numerous choices made by him. A crafting system is available to the player to allow him to create and even improve various equipments, including different weapons and their armor. Bound by Flame proposes significant features such as Action, Adventure, Fantasy, Hack-and-Slash, Atmospheric, Open World, and more. 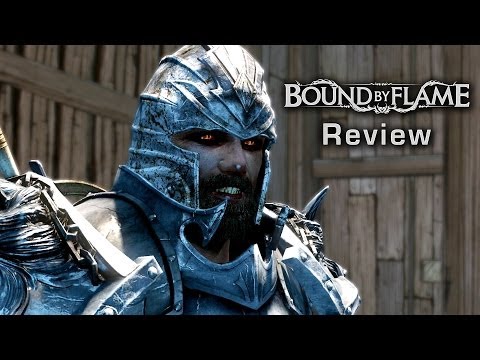