Bus Driver is a Single-player and Vehicle Simulation developed and published by SCS Software. The game allows the player to choose the best bus and drive on a route selected from different tiers. At the start, the player can see his chosen coach either at a bus terminal or depot. The game obliges the player to drive along the correct route as indicated at a given intersections by some orange-colored arrows. The player must stop his bus at all bus stops to capture a large number of passengers and several points. The game requires the player to obey all traffic rules, and in case of failure, he can lose his earned points. The player needs to drive on at least four of the routes successfully to unlock next path. The game proposes thirty-six ways, six tiers, and thirteen buses. The player has to drive on different tracks which become more tedious with the progression of the game. The game punishes the player if he departs from the bus stop too early, upset his passengers, disobeys different traffic laws, and even if he leaves passengers waiting at the bus stop. Bus Driver provides lots of features such as Driving, Indie, Open World, Atmospheric, Masterpieces, Exploration, and more. 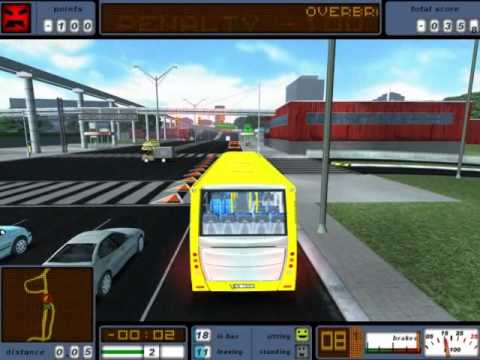