Bus Simulator 18 is a Driving, Single-player, and Multiplayer Simulation Developed by Stillalive Studio. The game enables the player to experience the up-close exciting life of a bus driver in vast urban areas. The player can drive a bus and passes through numerous regions such as the surrounding villages, various business parks, and even the harbor zone. The game requires the player to get behind the wheel of his one of eight original licensed city buses from the great brands of Setra, MAN, Mercedes-Benz, and IVECO. The player needs to transport his passengers punctually and safely to their different destinations. As a bus driver, and the player faces lots of challenges of the traffic while passing through a big city in the twelve various districts. The player has to perform his duties under certain conditions such as different freak weather conditions, traffic jams, potholes, accidents, fare evaders, construction sites, night driving. However, the player takes full control of his bus, get a good reputation because of his particular and safe driving style. The player can drive his bus through thousands of miles of virtual streets to unlock new buses and unique districts. Bus Simulator 18 includes significant features such as Strategy, Open World, Atmospheric, First-person Perspective, Action, Adventure, and more. 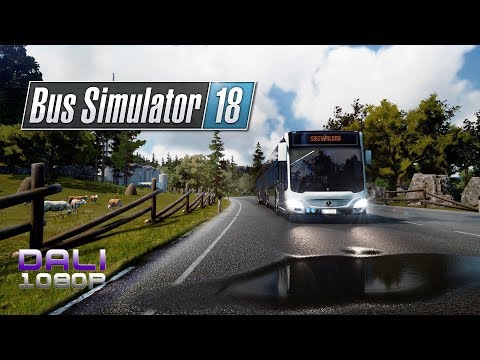