Chessmaster: Grandmaster Edition is a Board Games, Single-player and Multiplayer video game Published and Developed by Ripstone. The game introduces a variety of beautifully crafted exclusive Chess Sets and Chess Pieces. At the start, the comprehensive tutorial is available to teach the player different basic, intermediate, and advanced chess techniques. The game provides nine chess sets created with stunning precision and detail. A ranking board is also accessible by the player which allows him to track the tournament ratings. All of these tutorials takes the player through a large number of different chess situations to enable him to get a good idea of how to think chess. The game is helpful for those players who have an extremely low ranking and cannot play well because of the lack of basic knowledge. It plays a vital role to pave a road to the successful long-term growth on and off the chessboard. The two-time martial arts World Champion and the eight-time National Chess Champion puts the player in formative and riveting moments of his chess career, including the film searching for Bobby Fischer and the legendary climactic game from the book. Chessmaster: Grandmaster Edition involves exciting features such as Sport, Good Soundtrack, Masterpieces, Strategy, Indie, Tactics, and more. 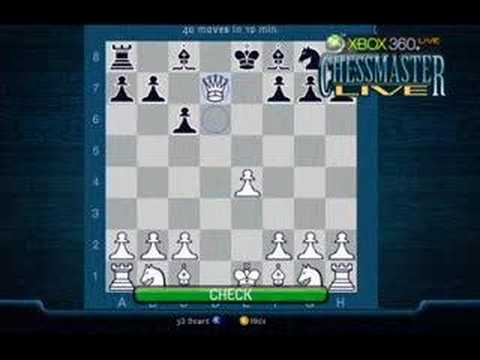