Cities: Skylines Developed by Colossal Order, is a Single-player and City-building management Simulation. The game lets the player begin with a small plot of land along with an interchange exit from the highway, and a certain amount of in-game money. The player needs to improve roads, residential, industrial, and commercial zones. To encourage residents to move in, the player has to provide them with different jobs and essential services such as water, power, sewerage, etc. When the city gets populated beyond a specific limit, the player can unlock new city improvements such as schools, health care facilities, fire and police stations, and waste management systems. The player can designate numerous parts of his city as districts which get configured. The game allows the player to enforce specific regulations, such as offering free public transportation to reduce traffic. It also allows for agricultural, industrial sectors, increased tax levels for high commercialized areas, etc. The player can buy neighboring plots of land after an accumulation of enough residents and money to allow them to build up to additional parcels within a particular area. Cities: Skylines contains significant features such as Action, Adventure, Fun, Real-Time Strategy, Resource Management, Sandbox, and more. 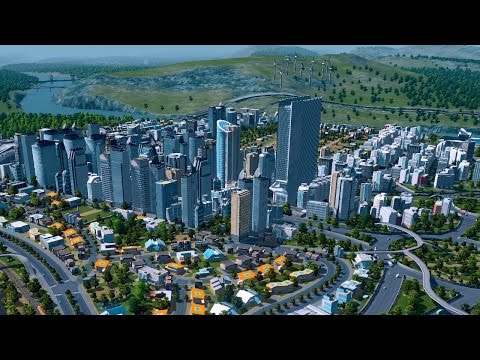