Cities XL 2012 is a Single-player and City Simulator Published and Developed by Focus Home Interactive. The game lets the player design, build-up, and even create a proper link among different cities of all sizes and shapes. The game proposes a wide variety of over one thousand constructions and buildings such as approximately fifty brand new structures. The game permits the player to place all these structures freely on more than sixty gigantic maps to offer an incredible level of detail and a varied terrain. The player needs to take control of a virtual mayor and find out different solutions to the problems faced by modern city planners. The game helps the player to solve most of the issues of today, including public transportation and energy shortage. The player is capable of searching the perfect balance between numerous services such as recreation, housing, and employment level. He performs different actions in such a way that answers the growing needs of his citizens. To ensure financial success with the complex network of numerous cities, the player specializes in several activities and sets up a trade network with neighboring towns. Cities XL 2012 offers significant features such as Strategy, Sandbox, Masterpieces, Great Graphics, Atmospheric, Good Soundtrack, and more. 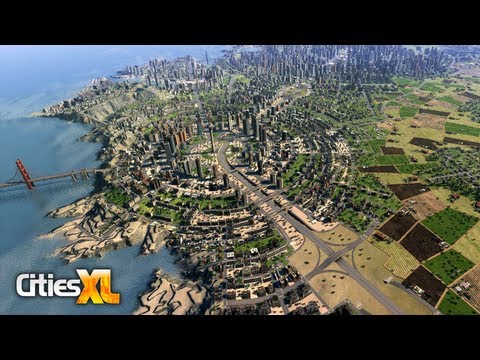