Clustertruck is a Platform and Single-player video game published by tinyBuild. The game enables the player to take control of a character and explores the entire world. The player keeps himself busy in lots of actions such as jump onto a moving line of trucks, avoid multiple obstacles, numerous truck pile-ups, and crashes. The game makes the player unable to touch anything other than different kinds of trucks throughout the level. The player gets several scores based on how fast he can reach a goal line during each stage. The game also proposes several style points to the player based on his numerous tricks, such as jumping off the truck in mid-air. All of these cumulative score points awarded to the player which he can use in purchasing one of several abilities, including a quick boost of speed and a double jump. The player can pass more difficult levels successfully and improve his time and scoring on earlier one because of double jumping. Clustertruck gives multiple features such as First-person Perspective, Action, Adventure, Indie, Fast-Paced, Strategy, Racing, and more. 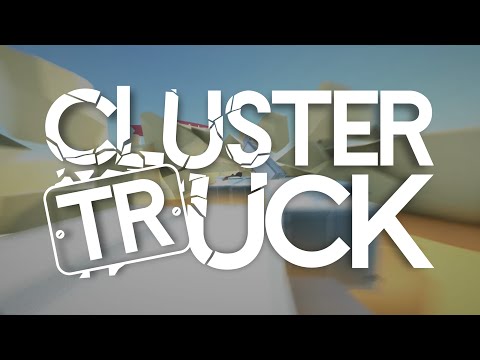