Cold Waters is an Action-Adventure, Single-player, and Multiplayer Simulation by Killerfish Games. The game enables the player to perform multiple tasks with intercepting convoys and amphibious landings. The player needs to engage himself in variety of missions to complete them suitably. The game obliges the player to participate in Real-time naval combat against several enemies. The player can put himself in the aircraft and explore the entire world. The game introduces an arsenal of wire-guided torpedoes, lots of cruise missiles and different anti-ship to the player who utilizes them for numerous purposes. The game requires the player to form an occasional SEAL team and appoint them on the board to keep the Iron Curtain at bay. The player can make use of over forty classes of ships and submarines throughout his journey. The game introduces various dynamic campaigns where the player’s performance matters. The player can show some authentic Soviet combat tactics during battle and attempts to conquer all other enemies. Realistic sonar model is available to the player which he can utilize for different reasons. Cold Waters gives some features such as Open World, Atmospheric, Strategy, War, Tactical, Indie, and more. 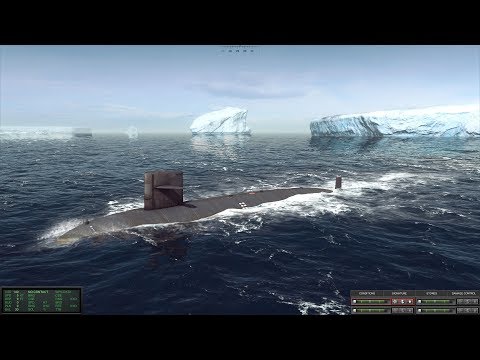