Conan Exiles, published by Funcom, is an Action-Adventure, Single-player and Multiplayer video game. The game enables the player to survive in the Hyborian, a fictional prehistoric Age. The player selects a suitable character which gets convicted of various crimes and sentenced to death. The player is capable of crucifying under the scorching desert sun. The Conan rescues the player who is an exile and can navigate a harsh desert landscape. The game requires the player to explore the biome throughout his initial stages. Another biome named as The Frozen North is also available to the player which proposes some new elements to build structures. The player has to unlock new armors and entire new land to traverse. The game introduces a Star metal and allows the player to use it to build better tools, strong armor, and multiple weapons. The player can make use of Obsidian to create various powerful tools and weapons. The game offers an additional biome named as The Highlands which is a high-level Volcano area in the northern-most region of the map. Conan Exiles involves multiple features such as Survival, Open World, Atmospheric, Sandbox, RPG, Fantasy, and more. 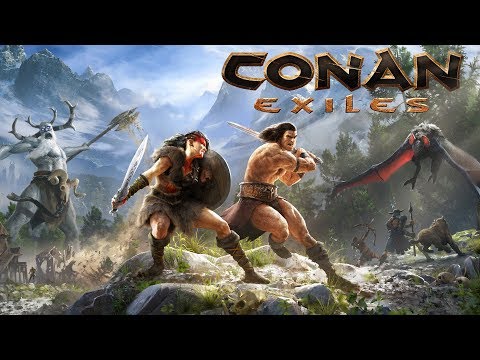