Crash Team Racing Nitro-Fueled by Activision, is a Kart Racing, Single-player, and Multiplayer video game. The game enables the player to navigate numerous tracks to cross the finish line as earlier as possible after avoiding lots of obstacles. The player has to perform multiple boosts through jumping and power sliding to seek high speed. The game requires the player to utilize several power-ups scattered across the track to hinder his opposing players and give himself a boost. The player can participate in Grand Prix circuits, numerous local quick races, and some online races. The game obliges the player to proceed by performing various activities and unlock new characters, boss battles, and different areas. The player is capable of selecting multiple karts and even customizing his character by utilizing numerous factors. The game introduces distinct modes, including Classic and Nitro-Fueled adventure mod. Nitro-Fueled adventure mode enables the player to select between three multiple levels and even alter his kart and character between races. The player faces particular challenges, earn many Nitro Points, and unlock some customization items, new karts, and characters. Crash Team Racing Nitro-Fueled involves some brilliant features such as Good Graphics, Action, Adventure, Driving, Atmospheric, Great Soundtrack, and more. 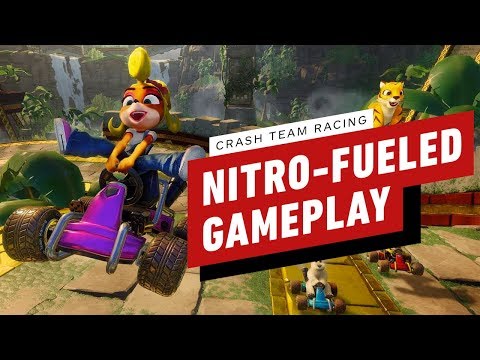