Dark Sector is a Third-Person Perspective, Single-Player and Multiplayer video game Developed by Digital Extremes. The game sets in a fictional Satellite country, a Lasria and represents that the Lasrian military fights against the Technocyte victims. Gameplay centers on the use of a tri-blade, a Glaive throwing weapon similar to a boomerang. The player can use Glaive to solve environmental puzzles, engage in a long-distance battles, and pick up in-game items. The game lets some context-sensitive actions appear in close proximity to an opponent to permit the player to execute enemies with finishers. The Glaive dual-wielded with a gun grant the player performs more effective weapon combos against shielded enemies. The game provides Money, weapon upgrades, ammo, and different grenades found in various locations which are impossible to farm. After infection, the player can carry his weapons for a few seconds before the self-destruct just like Downed enemies who drop their guns after damage. The player can purchase and upgraded some weapons permanently only in black markets, including one large shotgun or rifle and one small gun for his off-hand use. Dark Sector comprises of prominent features such as Shooting, Action, Adventure, Horror, Masterpieces, Excellent Graphics, and more. 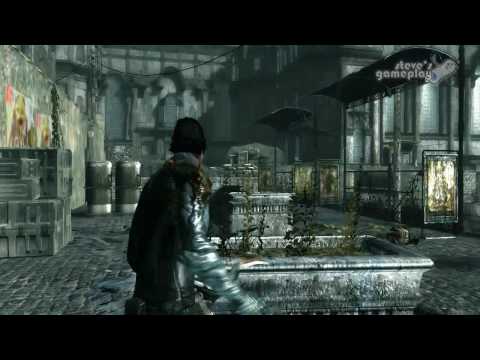