DiRT (Colin McRae) is a Racing, Single-player and Multiplayer video game published and developed by Codemasters. The game proposes three modes, such as Rally World, Championship and Career. The Career mode takes place in the stylized pyramid which contains eleven tiers in which the bottom tier comprises of eleven distinct events. Each of these eleven events includes one or more race events which require a specific vehicle. By becoming part of any event, the player gains up to ten points for his participation in all races. The player needs to earn lots of points to unlock multiple pyramids and move up to Champion of Champions event. The game lets the player buy different cars and liveries upon winning the race and earning various points. Championship mode allows the player to participate in a series of races in which combined time throughout the stage is cumulative. In Rally events, the player can repair different damages between races. The game proposes one hundred and eighty-six skins and forty-six numerous vehicles. The player can become a part of completed events but earn less money than he first raced it. DiRT (Colin McRae) involves prominent features such as Atmospheric, Action, Adventure, Driving, Excellent Soundtrack, Masterpieces, and more. 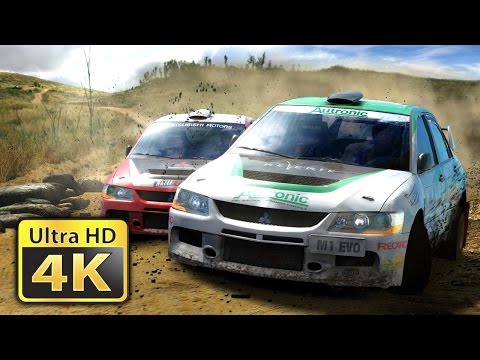