DUCATI – 90th Anniversary is a Motorcycle Racing, Single-player and Multiplayer Simulation by Milestone S.r.l. The game lets the player ride a motorcycle and participate in several challenging racing events. The player can customize his bike as well as character according to his choice. The map at the left bottom corner of the screen is accessible to track his location and identify that at what position he is standing. He needs to ride at a higher speed to become first in the race. A speed meter is also available at the right bottom to exhibit the motorbike’s speed. The player desires to complete a set of laps and attempt to be at first position till the last lap. He has to compete against sixteen competitors controlled by AI and maintain a good position, as exhibited at the top left corner of the screen. Current time at top right alerts the player to complete the race within a given period. During a race, players can overtake each other to cross the finish line first. DUCATI – 90th Anniversary offers lots of features such as Great Graphics, Brilliant Soundtrack, Haphazard Roads, Atmospheric, and more. 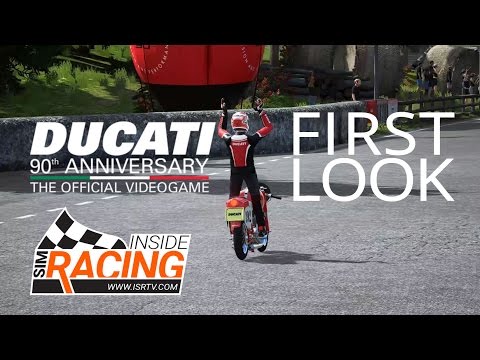