Enemy Front published and developed by CI Games, is a First-person Perspective, Single-player, and Multiplayer Simulation. The game centers on the Second World War during which an American correspondent, the Robert Hawkins, gets caught up by numerous Resistance groups. Robert Hawkins finds assistance in the form of a femme fatale French Resistance fighter, a Norwegian Commando and, Polish allies. He visits some theatres of war, including Norway and Poland. The game introduces open-ended levels, some stunning visuals, and allows the player to become a part of richly interactive combat. The player takes control of American Robert Hawkins and fights hand in hand against different enemies. The game gave the player full freedom to customize his playing style according to his choice. The player needs to utilize sniper rifles to decimate various enemy ranks. The game proposes different approaches to the player such as Sniping, Stealth, Intense Combat, Sabotage, etc. to maximize his engagement. The player has to select some weapons such as SMGs, hand-guns, assault, and sniper rifles. The game requires the player to use some signature Resistance weapons, including Lightning SMG and Welrod Silenced Pistol. Enemy Front provides several features such as Shooting, Actions, Adventure, Stealth, War, Open World, Atmospheric, and more. 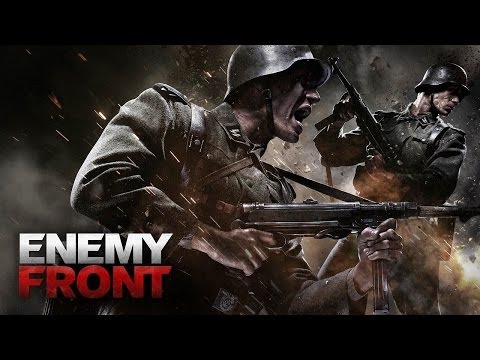