FIFA Manager 11 developed by Bright Future, is a Sports, and Single-player video game. The game is the tenth installment of the franchise and allows the player to create and command a football team being a captain. It introduces a separate online mode which allows up to eight players to participate and compete against each other. The player needs to manage all activities of his team members and perform different tasks to get a victory. The game permits the player to act as a manager of his team, choose one of the best clubs, select team members from across the world, and compete against the opposing team in tournaments. Lots of professional characters are available to the player, and each of them has unique attributes and abilities. The player can engage himself in the text-based gameplay element. Throughout the game, the player is capable of showing off his management skills to become the world’s best manager. The game offers a precision Dribbling to help the player to move around the pitch and dribble during shielding. FIFA Manager 11 provides some unique features such as Strategy, Tactics, Action, Adventure, Masterpieces, Excellent Graphics, and more. 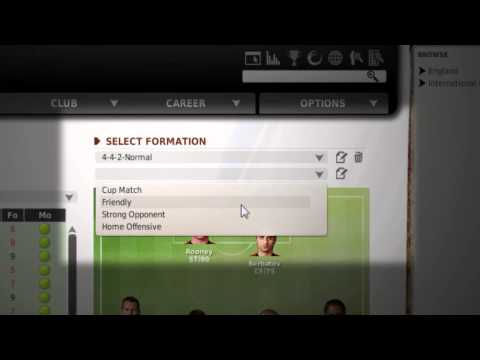