FlatOut 4: Total Insanity is a Racing, Single-player and Multiplayer video game Published by Bigben Interactive. The game introduces different vehicles and game modes to let the player explore the world. The player can drive a car on a variety of tracks, selects a suitable mode and distinct arenas throughout the game. The game lets the player participate in the high-speed race and crashes on a variety of tracks and environments. The player can customize his vehicle in different ways by using numerous factors. He needs to get victory in multiple races to unlock twenty-seven cars and use them in other races. The game provides almost twenty different tracks such as time trials, traditional derby racing, arenas, assault and carnage levels, etc. The player experiences the Chaos and destruction of races with wild destructible and high-speed collisions in the surrounding environment. The Legendary Stunt Mode is also available to the player which contains twelve stunts, including six re-imagined classic stun and Six new stunts. The player keeps himself busy in one of three gameplay styles such as Capture the Flag, Death Match and Survivor. FlatOut 4: Total Insanity Action, Adventure, Arcade, Driving, Physics, Good Soundtrack, and more. 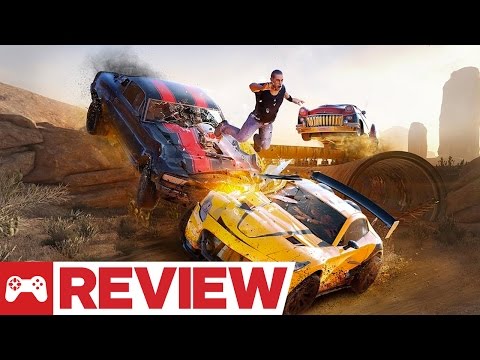