FlatOut is a Racing, Single-player and Multiplayer video game developed by Bugbear Entertainment. The game enables the palyer to become a part of an adrenaline-filled muscle car race. The player needs to select one from various cars and participate in close pack race against eight-player or even computer-controlled drivers. The game permits the player to choose one from several tracks and put himself on the seat to explore the environment. During race, the player can take his shortcuts to cross finishing line as earlier as possible. The game proposes sixteen different fully upgradeable vehicles and forty-eight tracks, including destruction bowls and stunt arenas. The player can overtake opposing cars, crush them up and attempt to move away leaving them behind. The game introduces different modes such as Quick race, Time trial, Career, etc. The player can identify his location with the help of map shown at the bottom left of the screen. The game allows the player to perform different tactics and action throughout his journey. A speed meter is also available at the right bottom to make the player aware of his car speed. FlatOut involves some significant features such as Driving, Action, Arcade, Masterpieces, Adventure, Fun, Physics, and more. 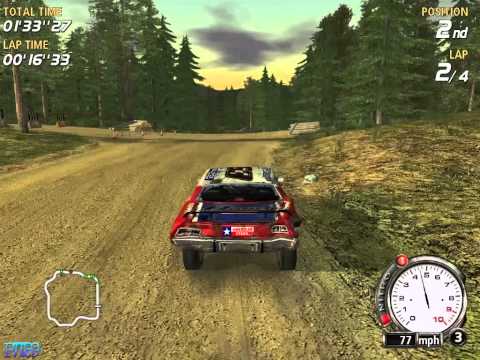