Fractured Space is a Third-person Shooter, Single-player and Multiplayer Simulation by Edgecase Game. The game lets the player select one from a large selection of Spaceships and engage himself in a tactical battle to repair stations, capture mining outputs, and eliminate enemies. All of these spaceships can launch their fighter squadrons. The player can gather enlarging hanger full of massive starships and upgrade them by utilizing resources earned through microtransactions. Space has five sectors such as two side sectors, including alpha and beta, one central area is gamma while one is the home sector for each team. The player needs to capture the enemy’s home base by capturing forward bases in alpha and beta and open the jump routes. By controlling mining stations, the player gathers resources and unlock power boosts for his team’s ship. The player has three-dimensional control of his ship’s movement which enables him to move up and down but can not flip over. Space comprises of hunks of rock, massive asteroids and towering pillars of obsidian. Fractured Space contains several features such as Action, Adventure, Strategy, Tactics, Brilliant Soundtrack, Indie, Great Graphics, and more. 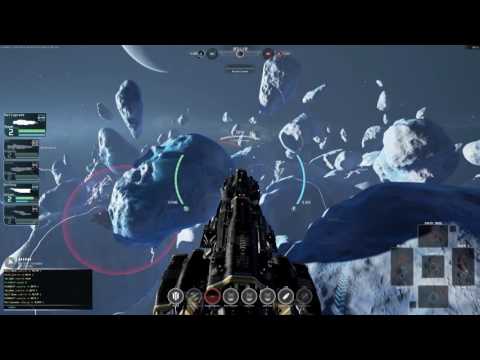