Freedom Fighters is a Thirds-person Perspective, Single-player and Multiplayer video game Published by EA Games. The game depicts the Soviet Union, which becomes a world superpower by dropping the first atomic bomb on the Berlin. The New York plumbing brothers Troy Stone and Chris start journey to meet with an activist, named as Isabella Angelina. The Soviet soldiers led by General Vasilij Tatarin arrest the Troy when the Soviet Union launches an invasion of the New York City. During the attack, Chris escapes to the various streets and encounters the resistance member Phil Bagzton and the Jones. The game allows the player along with a controllable squad of teammates to navigate through numerous avenues of the New York while fighting the occupying Soviet forces. The player performs numerous deeds, including destroying the enemy supplies and capturing a base. The game lets the player earn various types of points to use them for different situations. The player can recruit up to twelve teammates by gaining more charisma. Freedom Fighters comprises of several features such as Shooting, Action, Indie, Roaming, Atmospheric, Cartoony Graphics, and more. 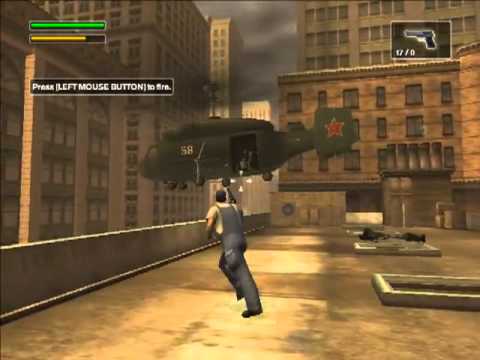