Gothic 3: Forsaken Gods is a Single-player and Role-playing video game Developed by Trin Games. The game centers on the Xardas and a nameless hero who lefts the world to prevail the balance of power after having banned an influence of the gods in the Myrtana. The Xardas and an unknown hero watch numerous actions of the mortal beings in their exile located between the space and time. Both of them discover a growing differences between humans and orcs. The Hero has to reunite Myrtana to restore the land and bring prosperity and peace through his means. The game lets the player accomplish several quests and fight against different monsters to conquer them. The player needs to explore the enormous lively environment which may react to the player’s actions, creating a very realistic and intensive atmosphere. The game allows the player to keep himself busy in many intense hours of gameplay. The player can participate in improved combat with new moves. The game offers plenty of new weapons, armors, quests, and monsters. Gothic 3: Forsaken Gods involves numerous features such as Third-person Perspective, Open World, Atmospheric, Fantasy, Action, Adventure, and more. 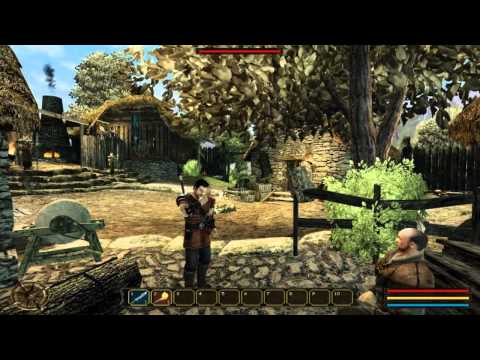