GRID 2 is a Sport, Racing, Single-player, and Multiplayer Simulation Developed and Published by Codemasters. The game lets the player explore several real-world locations and different cities such as Paris. A new handling system is available to the player to hit the sweet spot between accessibility and realism. The game lets the player take control of a new driver who gets enlisted by Patrick Callahan to help launch the WSR by challenging numerous drivers of racing clubs. At the start, the player can drive specific cars and complete various challenges to unlock other vehicles. The player is capable of customizing the car liveries by utilizing preset graphic designs adapted with varying shades and colors. The game proposes a highly competitive racing event on numerous tracks around different continents of the globe. The Live Routes mode is also available to the player which permits the circuit track to dynamically change with no track map. The player engages himself busy in different race types such as Race, Eliminator, Time Attack, Drift, etc. GRID 2 proposes significant features such as First-person Perspective, Arcade, Driving, Action, Adventure, Open World, Masterpieces, and more. 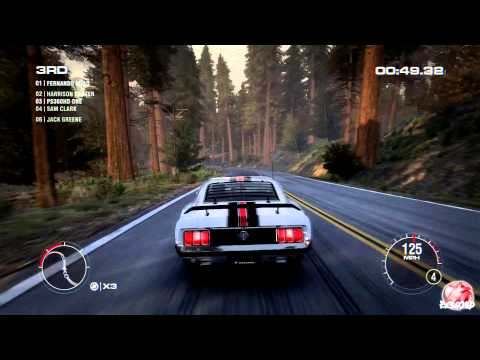