H1Z1 is a First-Person, Third-Person Shooter, Battle-Royale and MMO video game Developed by Daybreak Game Company. The game introduces up to a hundred players who attempt to fight against each other in the last man standing deathmatch. The player can participate as a solo, duo or as a group of five and compete in an attempt to be last person standing to win. At the start, the player enters into the match by parachuting in from a random location and look for different ways to defend himself. The game lets the player gather different weapons, actively hunt other players, and hide. Throughout the world, lots of vehicles are available to allow the player to chase down opposing players and try to make a quick getaway. The player can search numerous supplies from his environment, including equipment and first aid kits. The game proposes a crafting system to let the player create different makeshift tools such as the redevelopment of different searched items into a body armor or even functional bandages. H1Z1 is featured such as Walking Simulator, Violence, Adventure, Zombies, Action, PvP, Open World, Survival, and more. 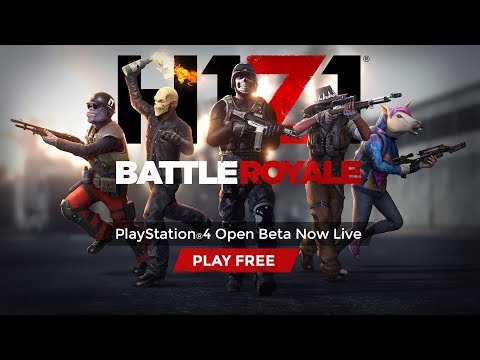