Halo 2 is a First-person Perspective, Single-player and Multiplayer video game published by Microsoft Game Studio. The game enables the player to utilize a combination of alien and human vehicles weaponry to proceeds through lots of levels. The player is capable of regenerating his health when not taking fire by using a damage-absorbing shield. The game permits the player to make use of different dual-wielded weapons which let him trade accurately. The player needs to use a melee attack and some grenades for the raw firepower. The game requires the player to carry only two weapons at one time or even three dual-wielding weapons in different battle situations. The player has to be careful in utilizing these weapons which get overheated if he fires them continuously for an extended period. The game also introduces some Human weapons which are less useful for the penetration in the shield and requires reloading. The player must carry almost eight kinds of grenades, including four Covenant and four human grenades to disrupt and dislodge enemies. The game makes the player able to latch onto his car and attempt to eject the other driver from his vehicle. Halo 2 involves some brilliant features such as Shooting, Open World, Atmospheric, Action, Adventure, Masterpieces, and more. 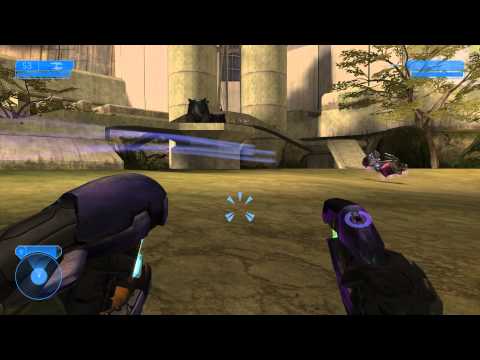