Insurgency Published and Developed by New World Interactive, is a Firs-person Perspective, Team-based Strategy, and Multiplayer Simulation. The game takes the player to different streets for the intense close-quarters combat. The player needs to eliminate various enemies and attempts to secure crucial strongholds. The game allows him to create a team, command it to destroy others, and get a victory. The player can utilize almost forty different weapons with several attachments. Sixteen Maps are also available to the player with day and night versions on numerous modes ranging from environments in Africa, Central Asia, and the Middle East. The payer has to select one of the five cooperative methods where he teams up with his friends to accomplish mission-based objectives. The Squad-based communication system is also available to the player to permit him to hear different enemies within proximity. The game provides an overhead map which offers information regarding teammate and physical locations. The player can upgrade and customize his gear by using numerous factors. Insurgency involves significant features such as Shooting, Tactics, Action, Adventure, War, Atmospheric, and more. 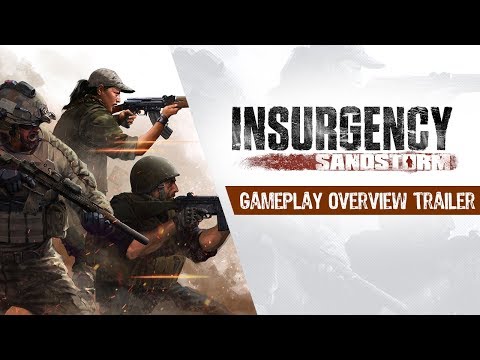