Into the Breach System Requirements

Into the Breach Minimum System Requirements

Into the Breach Recommended System Requirements

Into the Breach provided by Subset Games, is a Single-player and Turn-based Strategy Simulation. The game takes place in the future when humanity needs to fight off an army of strong monsters, named as the Vek. The player has to take control of soldiers who operate mechs equipped with a lot of armor, weapons, and other items. A turn-based battle system is accessible by the player which permits him to coordinate different actions of his teammates. During combat, the player needs to control three distinct mechs along with fixed number of turns to accomplish multiple objectives. The player can get the information regarding the number of moves the Vek unit takes and see the direction of the Vek unit’s intended attack. The Vek’s appearance follows each turn to make the player able to move each mech and fire one of its weapons to conquer the Vek unit. During Combat, before becoming inoperable different Mechs can take a finite amount of damage. Those pilots of mechs who vanquish Vek may gain some experience points as a reward and use them to unlock unique skills. Into the Breach includes different significant features such as Isometric, RPG, Puzzle, Indie, Tactical, Pixel Graphics, and more. 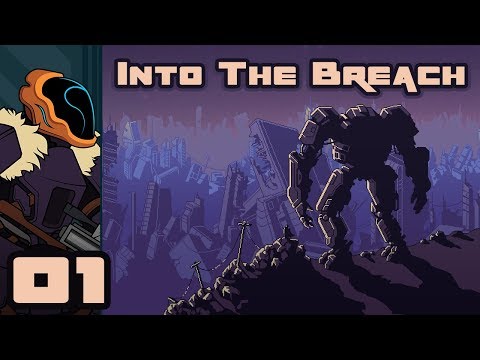