LEGO Marvel Super Heroes published by Warner Bros is an Action-Adventure, Single-player and Multiplayer video game. The game revolves around the Galactus who dispatches Silver Surfer, his servant and travels through the entire universe in search of different planets. The S.H.I.E.L.D and Iron Man intercepts the Surfer when he arrives on the Earth. Doctor Doom and his board shatter knock the Surfer out of the sky into various Cosmic Bricks. The game enables the player to take control of one hundred and eighty characters each of them with his unique abilities, including Spider-Man and Hilk. The player needs to traverse the Marvel version of New York City throughout the game. The game requires the player to get access to numerous buildings by using a specific character after the completion of each campaign. The game obliges the player to complete fifteen main missions in the single-player campaign to get different rewards. The player has to keep busy in completion of some side missions as well which take place in multiple buildings all around the world. LEGO Marvel Super Heroes provides significant features such as Open World, Sandbox, Exploration, Atmospheric, Puzzle, Third-person Perspective, and morel. 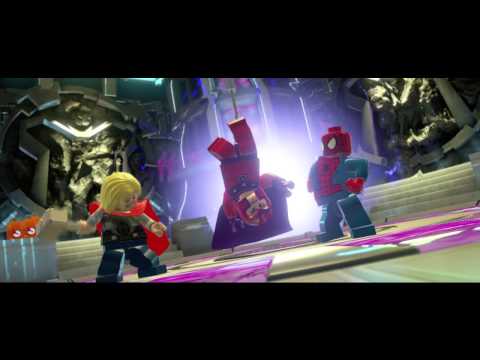