Marine Sharpshooter 4: Locked and Loaded is a First-person Perspective and Single-player video game developed and published by Groove Games. The game enables the player to take the role of a sniper and become a part of numerous missions played on several enemies territory. The player needs to make a single shot from his rifle to destroy targets from a long distance. The game permits the player to take the role of a branch member to perform particular tasks, including solving severe conflicts. The player has to address the neutralization of cells of a military organization to protect the entire world from different nuclear severe conflict. The game proposes arsenal of twenty distinct models of weapons to the player which he uses for obvious purposes. As the player shoots from a long distance, he must hold his breath to shoot precisely and improve accuracy. The player can explore a large variety of places in the surrounding environment. The game introduces different weather conditions and day and night cycles to enable the player to complete multiple missions under varying conditions. Marine Sharpshooter 4: Locked and Loaded provides lots of features such as Action, Adventure, Shooting, Open World, Atmospheric, Tactics, and more. 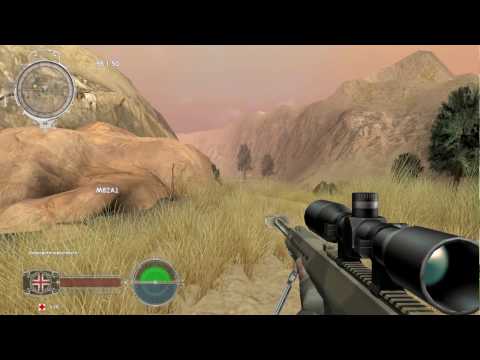