MONSTER HUNTER: WORLD is an RPG, Single-player, and Multiplayer video game developed and published by CAPCOM Co. Ltd. The game revolves around the Eden Riegel, an assistant handler who is a part of the Fifth Fleet. The Research Commission summons the Eden Riegel to provide more support to the New World. Elder Dragons, a powerful beast who affects the entire ecosystem and migrate to the New World during an event, the Elder Crossing. The game enables the player to take control of a player-created character who needs to start his journey towards the New World which is an unpopulated landmass with multiple monsters. The player has to join the Research Commission to study the land from its central command base of Astera. The player can get different weapons, pieces of armor, beneficial or detrimental combat skills, etc. throughout his journey. The game permits the player to purchase some essential equipment by using in-game money. The player can get much stuff, rewards from completing quests, loot obtained by trapping or slaying different monsters, or items gathered in the field. MONSTER HUNTER: WORLD offers some significant features such as Hunting, Open World, Action, Adventure, Fantasy, Third-person Perspective, Atmospheric, Exploration, and more. 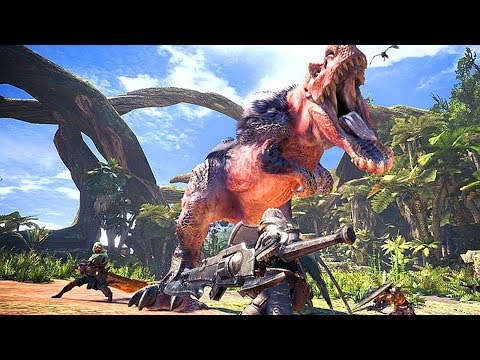