Moto Racer 4 is a Racing, Single-player and Multiplayer video game by Anuman. The game lets the player experience the environment offering a freestyle and lots of risks. The player is capable of imposing his riding style in the surrounding environment to impress his opponents by winning the race. The game permits up to ten players to play on dirt or asphalt in single or even a multiplayer mode. The player can master sharp turns, drifting, wheelies, and various techniques to get a place on the podium. The game provides different factors to allow the player to upgrade and customize his bike and character proceeding through the stunning environments. The player must go off-road to find the best shortcuts and face lots of obstacles, traffic, hell-bent opponents, and even police in his way who attempts to stop him. The game takes the player from the U.S. to Asia using the desert through different breathtaking and perilous courses at hundred miles an hour. Moto Racer 4 gives some dominant features such as Sports, Action, Adventure, Arcade, Competition, Atmospheric, Running, and more. 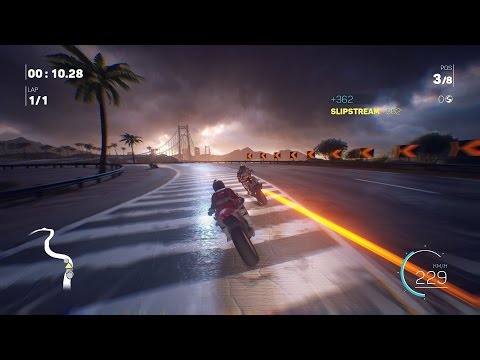