MotoGP 07 is a Racing, Single-player and Multiplayer video game by THQ. The game permits the player to experience the sheer passion, high speed, excitement and participate in the motorcycle race. The player keeps himself busy in various championship seasons. The game focuses on extending the atmosphere and depth of the series to let the player capture the passion of the sport. The player is capable of customizing his bikes and race on seventeen different street tracks. Three control schemes are available to the player, including Arcade and Simulation. Arcade controls provide more weights to the player’s bike, making it harder to tip over while Simulation offers the range of movement to pull off the road-hugging moves. The game lets the player participate in a quick race to pick a track, rider, lap count and experience different weather condition. The player can upgrade his bike with numerous performance modifications such as race exhausts, carbon brakes, magnesium wheels, etc. But the player is unable to design or even customize the paint of his bike to the approximate level of design detail achieved in AI racer’s bikes. MotoGP 07 provides numerous features such as Atmospheric, Adventure, Brilliant Graphics, Good Soundtrack, Driving, Sports, and more. 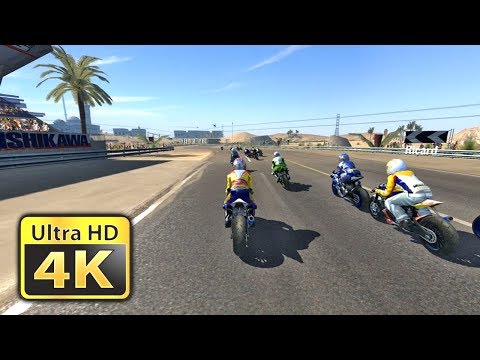