NASCAR Heat Evolution is a Sports, Single-player and Multiplayer video game by Dusenberry Martin Racing. The game introduces twenty-three tracks and allows the player to drive his vehicle on them to roam or even become a part of race. It also proposes lots of drivers from numerous teams such as Stewart-Haas, Childress, Penske, Gibbs, Petty, etc. A dynamic computer-controlled and Speed Rating system is also available to the player that matches the player’s skill level. The game provides several different modes such as a quick race, a challenge, and career mode. At the start, the player must alter some session settings and driving experiences to decide whether he wants to go with a Simulation or Automatic. The game also introduces multiple maps and requires the player to select one of them. The player needs to drive at high speed and attempt to be the first to get a victory. Some opposing vehicles can overtake the player’s car, but he should drive carefully and avoid road accidents. The player gains numerous points as a reward and unlocks different vehicles and track upon winning the race. NASCAR Heat Evolution offers some prominent features such as Atmospheric, Driving, Masterpieces, Adventure, Action, Brilliant Soundtrack, and more. 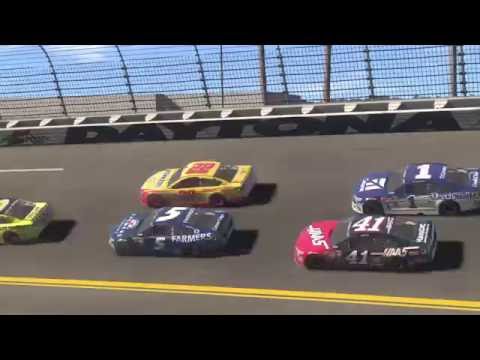