Neverwinter Nights 2 Gold is an RPG, Single-player and Multiplayer video game Published Atari, Inc. and Developed by Obsidian Entertainment. The game sets in and around the city of Neverwinter, a Sword Coast region of Faerun. The major part of the game revolves around the small Sword Coast village of the West Harbor. Elven Ranger Daeghun, after the murder of his beloved mother, recruits his team members including, Vocal young Tiefling and Dwarf Khelgar. The player acts as a hero, for a team, and enlists his companions controlled directly by the player. The player traverses the world, conquer monsters, complete quests to earn treasures and experience points. The accomplishment of certain levels grants the player with new abilities, including feats and magic spell. The game lets the player acquire a Keep utilized as a base of different operations to generate income. The player hires NPCs, train guards and allocates various resources. Neverwinter Nights 2 Gold includes several features such as Fantasy, Third-Person, Top-down Perspective, fantastic Soundtrack Entertainment, Atari, Decent Graphics, and more. 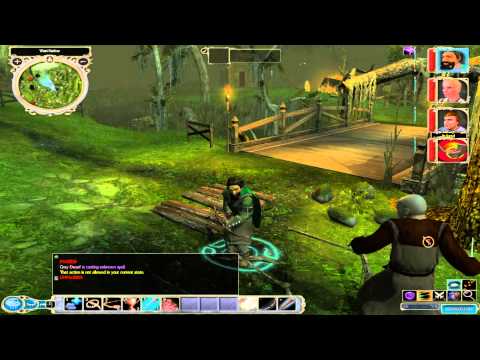