Neverwinter Nights Diamond Edition is a Single-player and MMORPG video game fetched by Infogrames. The game illustrates the story about Lady Aribeth, who recovers four Waterdhavian creatures, including intellect devourer and yuan-ti. These creatures are valuable in making a cure for the plague, a Wailing Death which is forcing a quarantine and sweeping the city of Neverwinter. The game lets the player join pickup or schedule games with friends and play on different servers hosting games. With the help of Aurora toolset, the player can create custom modules which take the form of character trainers or technology demos. In Neverwinter Nights, the player finds himself at the center of betrayal and dark magic. The player can build his world, which is full of unique traps, items, monsters, and settings. The game involves various chapters of the campaign in which the first and final deal with the city of Neverwinter itself. The player needs to venture into the surrounding environment and starts his journey towards the town of Luskan. Neverwinter Nights Diamond Edition comprises lots of features such as Third-person perspective, Good Soundtrack, Fantasy, User-generated Gameplay, Excellent Graphics, Experience points, and more. 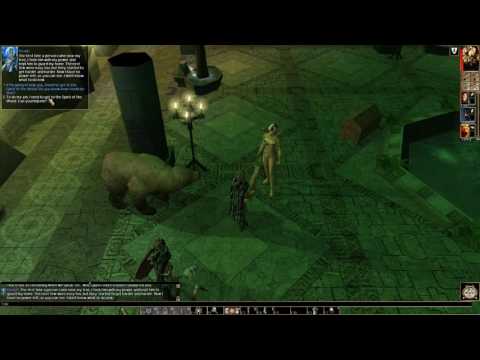