Of Kings And Men System Requirements

Of Kings And Men is a Sandbox and MMO video game published by Green Man Gaming. The game allows the player to explore the entire world and finds out multiple objects and weapons to fight off enemies. The player can engage himself busy in an epic war and fight against monsters to defeat different lands. The game lets the player utilize a large variety of resources and other equipment to build a feudal city. The player performs multiple actions such as gather resources, design, and forms different structures, and shape the land according to his choice. The game proposes some modes such as Conquest, Deathmatch, Instant Combat, etc. The game requires the player to work together with various teammates to defend territory, and fight for numerous reasons. The player is capable of making better use of skill trees, siege weapons and deep pool of gears. The game introduces a custom engine which the player can mod to develop anything of his choice. Those politics and wars, in which the player keeps himself engage, can make the history of the world. Of Kings And Men offers some great features such as Medieval, Open World, Atmospheric, Action, Adventure, Masterpieces, and more. 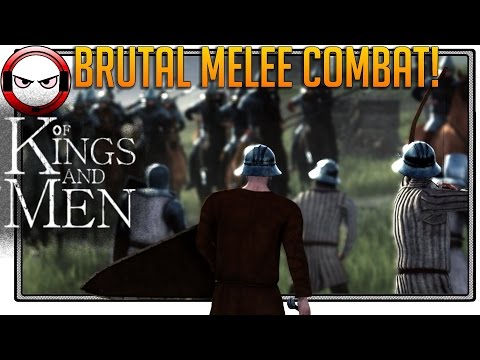