Paragon is a Third-person Perspective and MMO Battle Arena video game Developed and Published by Epic Games. The game proposes different symmetrical maps and numerous bases located at the two opposing ends of the map. The player needs to find out various cores in the enemy’s base to destroy and conquer them. At the start, the player can select a deck of cards which help him to upgrade or unlock different abilities and level up. The game lets the player assume the role of a Hero who contains his basic characteristics, including set of four abilities composed of maneuvers and active attacks to help his teammates. Through three lanes situated in each map, the player can arrive at the opposing bases. The game introduces some defensive towers which protect each lane and base by attacking all incoming enemies. The player is capable of finding out some additional resources for his team from jungles between two paths. The game grants the player with some gold and experience points upon the destruction of enemy tower and killing of different enemies. Paragon includes multiple features such as Shooting, Science Fantasy, Open World, Exploration, Atmospheric, Action, Adventure, Great Soundtrack, and more. 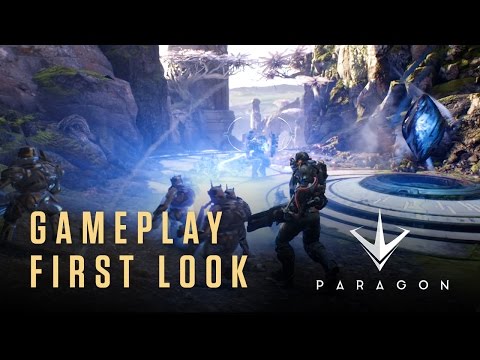