Plants vs. Zombies 2 developed by Popcap Games, is a Single-player and Tower Defence video game. The game revolves around the protagonist who utilizes Penny, a time machines to travel towards different pseudo-historical settings. He starts his journey with a neighbor fellow named as Crazy Dave to find out Dave’s taco. The protagonist keeps himself engage in a race through time with the main antagonist, Dr. Zomboss, who attempts to prevent a paradox. The game lets the player buy some coins to use specific power-up abilities such as Plant Food. The player needs to perform in a great way to earn such power-ups instead of purchasing them. The game requires the player to level up his plants by utilizing some Seed Packets which allow him to permanently increase his abilities. The player can start an optional tutorial that may take place in front of his house. The game obliges the player to move towards an Old Egypt and win different in-game World Keys. Plants vs. Zombies 2 involves several features such as Brilliant Soundtrack, Masterpieces, Strategy, Excellent Graphics, Indie, Turn-based, and more. 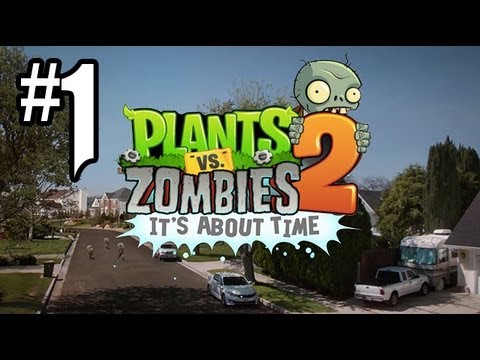