Praey for the Gods System Requirements

Praey for the Gods is a Single-player and Action- Adventure Simulation Developed and Published by No Matter Studio. The game lets the player start his journey on a frozen island without any equipment. The player performs different activities such as track giants on the island, climb onto gigantic bosses to conquer them and find out numerous items to survive dynamically generated weather. The game offers different kinds of weapons which the player needs to find out on the island to compete against various giants. An exhaustion system is also available to represent the level of exhaustion. The game lets the player slow down to the point where it is easier for him to catch up with the in-game giants. The player can also avoid various attacks by dodging and sprinting. He has to take some rest to resolve quandary of exhaustion. The player’s cold, hunger and stamina states decreases if he gets exhausted. The game also provides the player a Locating campfires to reduce exhaustion and refill his health. Praey for the Gods contains several features such as Third-person Perspective, Survival, RPG, Indie, Dark Fantasy, Brilliant Soundtrack, Open World, and more. 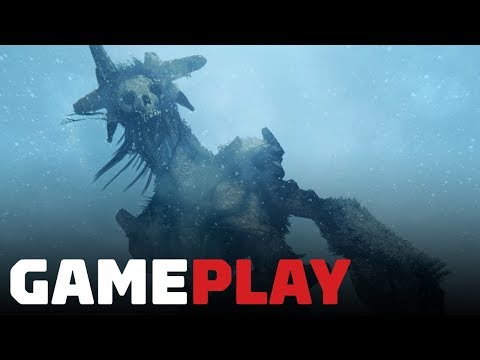