Pro Evolution Soccer 2009 is a Sports, Single-player and Multiplayer video game Published by Konami. The game proposes a Team vision system and allows the player to make different strategies which enables him to accumulate data on an ongoing basis within the Master League modes. The player is capable of applying some tactics which changes according to several situations. The game permits the player to make some readjustments for the ball movements such as with the new air resistance calculations for a trajectory of the ball. Some new friction routines are also accessible to the player to calculate, which can affect the ball movement in terms of different ground conditions. The player can calculate backspin routines to slow the ball accordingly. The ball can also bounce back sometimes, which is useful for various purposes. The game allows the player to play and perform different actions with it as flick the ball up to tee the best shot, or even lift it over the defender’s trailing leg. The player can perform several skillful turns. Pro Evolution Soccer 2009 involves some prominent features such as Atmospheric, Masterpieces, Action, Adventure, Tactics, Team Work, and more. 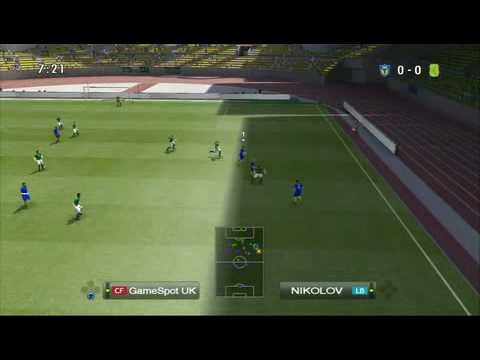