Pro Evolution Soccer 2011 is a Sports, Single-player and Multiplayer video game Developed by Konami Computers. The game lets the player participate in several tournaments integrated into the Master League modes. The player can team up with other players or even with the computer-generated player. The game introduces seventy-nine national teams and allows the player to become a part of one. At the start, the player must select the country which represents his team. The game allows the player to make several decisions regarding different actions such as place of the stadium, types of strips, game plan, outfits for his team members, etc. When the game starts, teams enter in the playing field, scatter around specific locations, and the player kicks their football towards his pocket to make goals. All team members support the player holding a ball and help him to move towards their side. Opposing team members try their best to surround the player to snatch it and prevent him from getting a victory. Pro Evolution Soccer 2011 offers significant features such as Atmospheric, Great Graphics, Team Work, Masterpieces, Brilliant Soundtrack, and more. 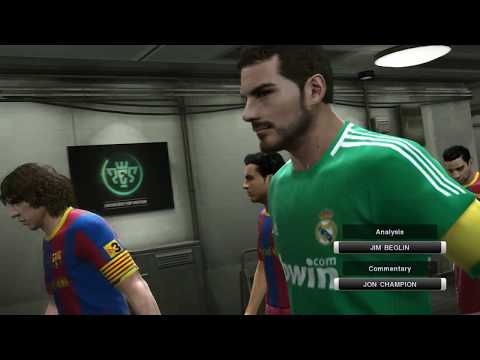