Pro Evolution Soccer 2017 is a Sports, Single-player and Multiplayer video game brought to you by Konami. The game is the 16th installment of the series which proposes Super Cup, the UEFA Champions League, and even European League partnership. The player needs to create and command a team, select his club, and participate in numerous matches to show off his skills and abilities. The game introduces enhanced mechanics and allows the player to traverse the new environment. Strategic dribbling is accessible by the player which permits him to find out a new set of pieces. The player aims to lead his modified team, take control of each member and attempt to goal to get a victory. In the end, the player’s team must be with the highest goals to win the match and promote into the next level. The game involves lots of attributes such as League Integration, Improved Visual Reality, Facial Expressions, etc. The player can join various licensed teams, other opposing players, and different rosters in almost twenty-four licensed stadiums. Pro Evolution Soccer 2017 provides significant features such as Masterpieces, Football Association, Atmospheric, Action, Indie, Team-based, and more. 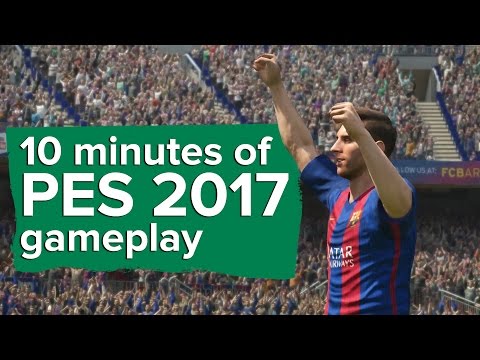