Pro Evolution Soccer 6 is a Sports, Single-player and Multiplayer video game Published and Developed by Konami. The game permits the player to create his dream team, and include all historical and current superstars as teammates. The player can select numerous world-renowned legendary characters to team up such as FC Barcelona’s Ronaldinho, Beckham, Maradona, Adriano, etc. The game helps the player to become a best PES player in the entire world by accomplishing the season’s PES LEAGUE and even other missions as well. The player is also able to qualify for global events by becoming part of different time-limited tournaments, PES LEAGUE myClub competition, and multiple championships. The game allows two teams to enter in the playing field and starts the match by placing the ball at the center of the ground. The player being a captain locates his different teammates all around the playing field. All players support the football holding player to prevent the opposing team from snatching it. The game obliges the player to make goals more than the opposing team to get victory. Pro Evolution Soccer 6 offers lots of features such as Atmospheric, Masterpieces, Brilliant Graphics, Tactical, Strategy, Team Work and more. 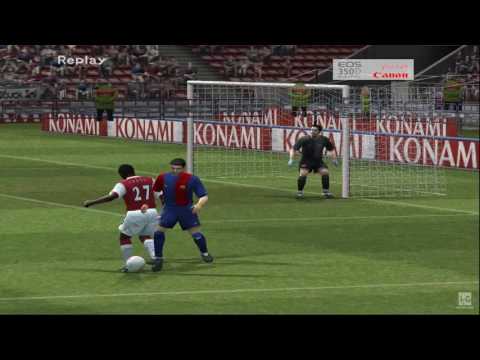